A monk asked
Yun-men:
"Should one leave home without a parents consent?"
The master said:
"Shallow!"
"I do not understand,"
the monk replied,
"Deep!" said Yun-men.
Yun-men(864-949)
Zen Master

Yun-men addressed the assembly and said: "I am not asking you about the days before the fifteenth of the month. But what about after the fifteenth? Come and give me a word about those days."

And he himself gave the answer for them: "Every day is a good day."

In 949AD he gave his final talk to his monks and said: "Coming and going are continuous, I must be on my way."   He then sat in the lotus position and died.

Yen-men gave one word answers to most questions. Always sharp, to the point, and most did not understand. To the few who did spend some time in contemplation of his words, came clarity and awareness.

His belief that we think too much was a revelation in his time. Maybe, today we need to adopt some of his thinking.

Sent from my iPhone and
http://www.dharmamaster.com
With love
Posted by Nathan Black at 17:09 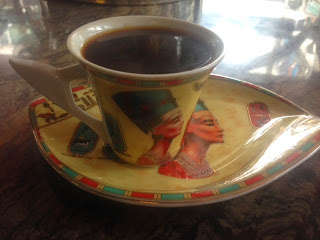 To sow seeds.....
In Brazil, some two hundred years ago,
a small  village was starving.
The crops had failed once again and things were desperate.
The head man called all the smartest young men and chose one to go and find a way for the village to survive.
All the gold in the village was collected and given to this smart young man.
This was the first time anyone had left the  village to go outside alone with the village gold.
Two years later,
the smart young man came back.
The head man was the only one who had believed the young man would come back.
"What have you brought us after all this time?"
the head man asked.
"Seeds", he replied " they are called coffee".
History tells us Brazil was placed on the map by this one young smart man.
In the last century Brazil became the largest coffee producer in the world.
So the question is what seed have we,
that can give others a future?
The seed doesn't have to be financial, it can be seeds of love,
or seeds of hope, or the seed can be in the form of a Dharma from the Buddha.
All of us have seeds that have not been shared.
Some seeds never sprout, never grow, because we don't know, or understand, that the seeds exist within us.
When we operate from our true self, our inner self, the self that has no ego, no fears, no thoughts of past or future.
This is the self that operates in the now.
The present moment.
This self, this pure self, knows about the seed.
Nathan
Sent from my iPhone and
http://www.dharmamaster.com
With love