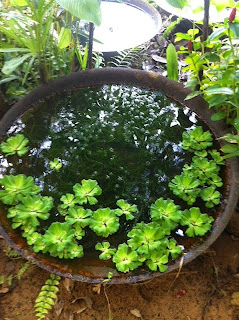 I saw this on Facebook and I couldn't resist passing it on...
This could change your thinking..

One man was allowed to sit up in his bed for an hour each afternoon to help drain the fluid from his lungs.

His bed was next to the room's only window.

The other man had to spend all his time flat on his back.

The men talked for hours on end.

They spoke of their wives and families, their homes, their jobs, their
involvement in the military service, where they had been on vacation..

Every afternoon, when the man in the bed by the window could sit up, he
would pass the time by describing to his roommate all the things he could
see outside the window.

The man in the other bed began to live for those one hour periods where
his world would be broadened and enlivened by all the activity and color of the world outside.

The window overlooked a park with a lovely lake.
Ducks and swans played on the water while children sailed their model boats.
Young lovers walked arm in arm amidst flowers of every color and a fine view of the city skyline could be seen in the distance.

As the man by the window described all this in exquisite detail,
the man on the other side of the room would close his eyes and imagine this
picturesque scene.

One warm afternoon,
the man by the window described a parade passing by.

Although the other man could not hear the band, he could see it in his
mind's eye.
The gentleman by the window portrayed it with beautiful descriptive words.

One morning, the day nurse arrived to bring water for their bath, only to find the lifeless body of the man by the window.
He had died peacefully
in his sleep.

She was saddened as she called the hospital attendants to take the body away.

As soon as it seemed appropriate, the other man asked if he could be moved next to the window.
The nurse was happy to make the switch, and after
making sure he was comfortable, she left him alone.

Slowly, painfully, he propped himself up on one elbow to take his first
look at the real world outside.
He strained to slowly turn to look out the window besides the bed.

It faced a blank wall.

The man asked the nurse what could have compelled his deceased roommate to describe such wonderful things outside the window.

The nurse said that the man was blind and could not even see the wall.

She said,
'Perhaps he just wanted to encourage you and see you smile.'

There is tremendous happiness in making others happy,
despite our own situation.

If we want to feel rich,
just count all the things we have that money
can't buy.

The origin of this letter is unknown, but please pass it on.
You could change a life too....
Nathan
Sent from my iPhone and
http://www.dharmamaster.com
With love
Posted by Nathan Black at 18:07

How do we feel?

How do we feel?
It is now a week since we have sat down and evaluated our lives according to the six most important areas of our life.
Some of us have discovered areas in our life that need correction.
A few have found nothing lacks in any area of their life, but only a few say this and this, in itself,
is probably a lack of honesty with oneself.
This being said, just admitting that something is amiss, is all it takes to initiate change.
Change starts when we decide to let go of those things that we perceive,  hold us back.
We notice that once we do let go, our behavior changes, all seems more relaxed, all seems clearer.
I ask myself the question,
"Why didn't I do this sooner"?
The answer is simple;
"What we don't see,
we don't accept."
We have no perception of our behavior and how it effects others.
Until behavior changes and how to modify our behavior, takes shape in our mind,
only then can we initiate change.
Once the decision is taken to change,
then change happens.
With Metta
Nathan
Sent from my iPhone and
http://www.dharmamaster.com
With love 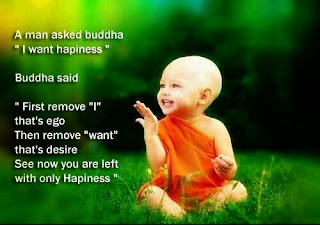 I have started this,
the last area of our life with a plea.

We take a shower everyday to wash our body clean,
then why are we so careless about our mind?

Why should we not cleanse the defilements from our mind,
by meditation every day.

Lets give our mind the shower of meditation everyday, for our mind is the ultimate source of all our happiness.

I ask that once in awhile please sit,
just sit
and cleanse the mind.

Please don't forget
"As a broom sweeps the streets clean,
the breath sweeps the mind clean."

Sogyal Rinpoche wrote from his Tibetan book of living and dying;

"Sometimes when I meditate, I don't use any particular method.
I just bring my mind home and relax.
There is no question if this is "correct",
there is no effort,
only a rich understanding.
When I am in the nature of mind, the ordinary mind is not there.
I simply am."

It really is so simple.

We have one life,
one period of time that is so fragile,
so impermanent.
It is guaranteed to end.
The only thing in our life that is certain, is our end.

Why then do we hasten this certainty by choosing stupidity.

The stupidity of our desire to constantly keep a state of lack, in one or more areas of our most precious gift.

The gift of being.

There are,
as we have seen,
six main areas in our life that incur consequence.

This insuring result can bring about Karma with devastating calamity.

The prison that most of us live in is self made.
The bars and locks self imposed.

To break free is easy.

Thank you all for allowing me to come into your life and share.


Sent from my iPhone and
http://www.dharmamaster.com
With love
Posted by Nathan Black at 16:25 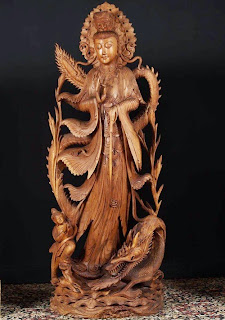 Recognize any of the above?
Do you want to add at least another seventy,
or so, emotional outbursts, some positive, most negative.
Here is a small list?

The range is enormous and as varied as our behavior allows.

Emotion is what motivates our behavior in a negative, or positive manner, depending on how we feel at the time.
So the list above can be both positive, or negative.

In most cases of behavioral lack, we hide behind the use of emotional blackmail that we call communication.

It's the juggling between our own personality,
character and our perception of how we believe others see us,
that determines which emotion we use and whether it will have a positive,
or negative outcome.

The consequence of excessive emotional outbursts can cause damage to qi (life energy) which in turn damages vital organs for both ourselves and those we communicate with.

This is a list that opened my eyes to cause and effect of some diseases;

Unwavering in a belief:
causes diabetes and migraines.

Cruelty:
can cause epilepsy, asthma and anemia.

Apathy:
can cause diabetes.

Should we cure our character of the above and the relevant diseases go away.

My thanks to Indian Ayurvedic causes and cures for this list.

When we lack in this most important area,
we effect directly all those we contact every day,
in every way,
family and friends,
in fact all we contact.

Please take care with everything
we say,
think,
and do.
The more mindful we are, the more able to let go of useless,
emotional,
rubbish.


Sent from my iPhone and
http://www.dharmamaster.com
With love
Posted by Nathan Black at 01:09